skip to main | skip to sidebar

Loneliness Can Turn One Into A Monster 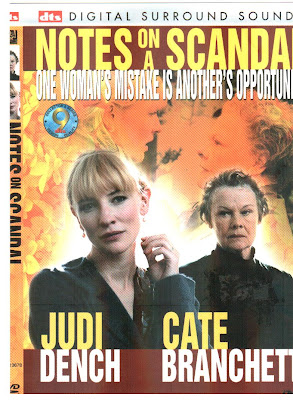 The title of the post is the tagline of the movie, together with "One Woman's Mistake is Another's Opportunity". Before that, if you notice the pic above, the title is short of an alphabet "L" err....have to accept lah. At least they're good enough to acknowledge the good movie and "release" it.

I think the movie is creepy. Creepy as Dame Judi Dench's performance is creepily convincing!!! I forgot how regal she was in Shakespeare in Love in which her 8 minutes appearance in the film won her the coveted Best Supporting Actress Oscar. Dench has always effortlessly soak in every character she's in and this time she did it remarkably well. Of course, the Brit slang is always so sexy and the story set in England eliminated the need to fake an accent which will be difficult for Dench to me, as I always associate her with Brits. She really can carry ANY character as she can change effortlessly from the royalties in Mrs Brown and Shakespeare In Love (SIL....errr...not son-in-law), to high mighty socialite who buys an old theatre and perform theatre with old ladies naked in Mrs Henderson Presents and the hip and all-that-powerful as M in the James Bond series. Speaking about acting versatility...

Cate Blanchett oh... Blanchett. Another actress destined to the greatness. I always link Blanchett with Dench is some strange way. They were both nominated in the same year of Oscar for the Queen role where Blanchett was nominated in Elizabeth the year Dench got the Supporting for SIL.

The story is about Dench, a soon-to-retire teacher whose quiet life is rippled by the arrival of a new colleague played by Blanchett who's a seemingly decent normal housewife just back to working life after spending years attending to the family with her senior husband, depressed rebellious teenage daughter and a son with Down Syndrome. Dench has an affection for Blanchett and things turned topsy-turvy when she found out that Blanchett is having an affair with one of the 15yo student boy.

OK...to those who feels yucky already, the movie may not be suitable for you. Anyway, the story turned gripping when Dench take the happenings as her asset to gently manipulate Blanchett into spending time with her and treating her as good friend until a point Blanchett chose her family instead of Dench and that is the time Dench went all berserk. She schemed a plot to reveal the affair by manipulating another colleague and the hell break loose. The news leaked to the public and Blanchett's life was destroyed. She was sent to jail but her husband stood by her in the end, at least that's what the movie depicted.

Bill Nighy is playing Blanchett's husband. To those who are not familiar with him, he's the rock star in Love Actually and Davy Jones in The Pirates of the Carribean's trilogy. Another talented Brit thespian.

Apart from stating the obvious for the wrongdoing of having sexual relationship with students, the movie didn't put much emphasis condemning it but focusing more on Dench's character twist and emotional on-goings instead. The ending was creepy.

Also notable is the music scores for the movie was brilliantly done, a deserving Oscar nomination for Philip Glass.

Quote from the movie on the depressing state of the education system and its product:

"Here come the local pubescent proles. The future plumbers, shop assistants, and doubtless the odd terrorist too. In the old days, we confiscated cigarettes and wank mags. Now it's knives and crack cocaine. And they call it progress" 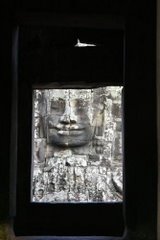 No To Coal Power Plant in Sabah

Where I Left My Footprint and 脚毛 - VT Travel Map